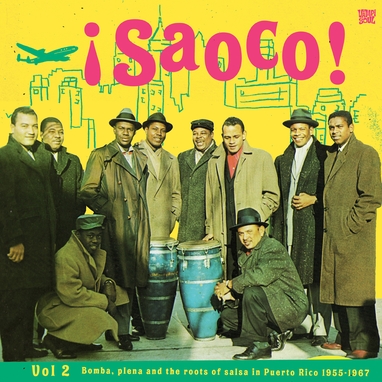 Puerto Rico is not only known for it luscious landscapes and the coquí. The island is also home to two highly influential music genres, bomba and plena, both of which served as a backbone of musical experimentation during the golden era of salsa.  During the 1950s and 1960s, various Puerto Rican artists set the stage for future integrations of Latin American and Afro-Caribbean dance rhythms and provided a framework for the emergence of New York salsa.  Bomba and plena puertorriqueña—two highly percussive musical traditions—achieved commercial success in the field of tropical music during the 1950s and became the main precursor towards the development of Nuyorican salsa. ¡Saoco! The Bomba and Plena Explosion in Puerto Rico, Vol. 1 (1954-1966) and Bomba, Plena and the Roots of Salsa in Puerto Rico, Vol. 2 (1955-1967) are outstanding compilations of popular Boricua music.  In these volumes listeners will be pleased with the selection of hits from a pantheon of Puerto Rican musicians.

Often mentioned together, bomba and plena reflect the African heritage of Puerto Rico.  Roots of bomba lie in the African slave communities of the 17th century.  Originally a genre for percussion and voice it features Barriles—a barrel shaped membranophone much larger and deeper in sound than the Cuban conga—maracas, and an idiophone that is sometimes referred to as a catá, cuá or fuá. In contrast, plena developed one basic rhythm, features stringed instruments, and is charcterized by the Spanish lyrical poetic tradition whose typical metric combination is the décima espinela.

During a time that many Caribbean elites wished to hide their Afro-Caribbean heritage, vocalist Ismael Rivera celebrated it with his topical streets sounds direct from Puerto Rican neighborhoods.  Deeply percussive and oozing with African dialect, his vocal improvisations were virtuosic.  Competing with the soneos of his Cuban counterpart of the ‘50s, Benny Moré, no other place is his talent more apparent than his feature in “Caballero qué bomba” with Cortijo y su Combo.  Here, listeners will appreciate his skill as a bombero.

Other highlights of these volumes are the contributions of the tongue-twisting Mon Rivera.  Embodying his mayagüezana heritage, Mon Rivera introduced a new way of playing trombone; this “trombanga” sound replaced trumpets and saxophones with trombones and was key in the development of Nuyorican Salsa and Boogaloo. “Ron con coco” exemplifies this style.  The combination between the bomba rhythms and trombone moñas became popular on many of the tracks produced by the next generation of Nuyorican salsa trombone players (e.g., Willie Colon).

We have these trailblazing musical giants to thank for introducing the Plena of the mixed-race, poor and working classes well as the primarily Afro-Puerto Rican vocal and percussive form, Bomba, to the ballrooms of large hotels and the world stage. Few compilations CDs like that of the ¡Saoco! volumes provide their listeners with the breadth and depth of the repertoire and valuable liner notes that detail thoroughly the development of the Salsa genre—from a Puerto Rican perspective. This extremely important set is essential for all collectors of Afro-Caribbean dance music. 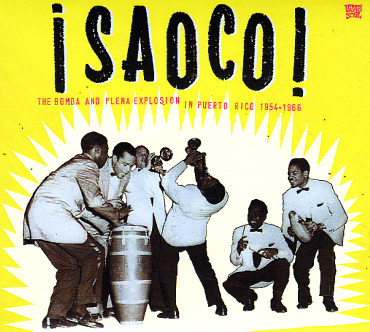