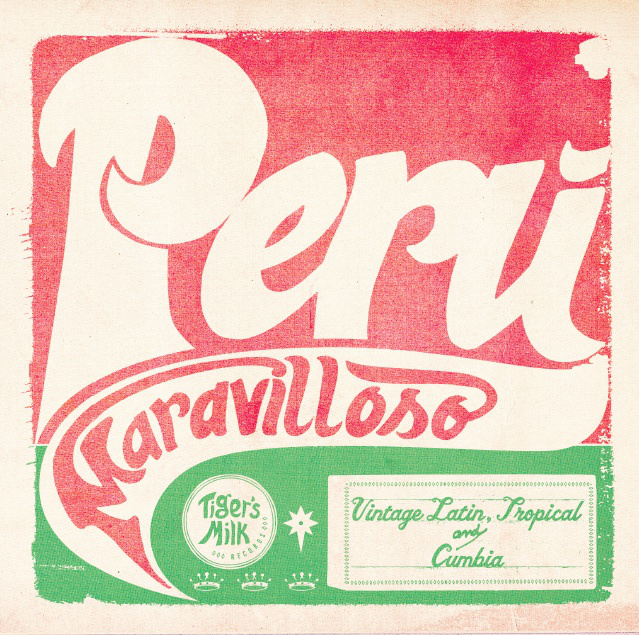 Riding the retro waves of South American surf rockers, Duncan Ballantyne, Martin Morales and Andres Tapia have gifted us with a thoughtful compilation of Latin and Tropical music from a bygone era.  Meticulously curated, Peru Maravilloso: Vintage Latin Tropical and Cumbia is a superb collection of the psychedelic sounds, pentatonic melodies, wah-wah pedals, Farfisa organs and Moog synthesizers of the chicha genre.

Chicha has been on the rise internationally and in its native homeland since the Barbès Records 2007 release of Roots of Chicha: Psychedelic Cumbias from Peru, a compilation featuring fifteen handpicked rare treasures from one of Peru’s most innovative musical periods.  Also known as Peruvian cumbia, chicha gained momentum in the 1960s during its early incubation period.  This fusion genre may be described a subgenre of Colombian cumbia that combined elements of Andean and rock music.  Chicha takes the feel of cumbia, champions the musical cannibalism of Brazilian tropicalia, all while adding components of traditional highland huayño (from the Peruvian Andes), criollo (classic Peruvian folk music) and the rhythms, texts and instrumentation of the Afro-Peruvian community.

The selections on Peru Maravilloso do not fit neatly within one musical genre.  Even the obligatory inclusion of the traditional folk song “Toro Mata” went through a refreshing transformation arranged as an orchestral-jazz instrumental.  Cuban musical influences are everywhere in this album—most obvious is the son montono “Pirana” by Pedro Miguel y sus Maracaibos and “La Gallina” by Feliz Martinez y su Chavales.  Most appreciated were the soulful “Sueño de amor” by Zulu and Lucho Neves’ “Mambo de Machaguay,” synthesizing the quintessential Peruvian huayño rhythm with jazz piano licks.

This is a special album for collectors and will appeal to those that find themselves in harmony with artists like the Beatles, Jimi Hendrix, and Os Mutantes.  All of the tracks included have been specifically re-mastered from the original 7-in. and 12-in. formats and have never been re-issued since their original release in Peru.  If you are a frequent face at the Latin Alternative Music Conference and appreciate the commingling of indigenous and urban music traits, then this album is an essential purchase.

For the original posting, see BlackGrooves.org